When I was pregnant with my first son, I bought lovely, thick, fluffy pram suits to keep him warm. After all, he was due in November and it would be really cold. When he was a few months old, I realised that what I was doing was really unsafe. REALLY unsafe. The thickness of the pram suit meant that his car seat straps were not snug against his body, and if we’d had an accident, he would have been thrown forward an inch or two in his car seat. It might not sound like much, but that can do a lot of damage especially to babies and children.
So, with my second son, I didn’t buy a pram suit. Instead, I put him in little cardigans then popped a blanket over him once he was strapped into his car seat. This was much safer, but goodness me, it was a faff! More often than not, he decided it was naptime just as we needed to go out. Putting a cardigan on meant he would wake up, so he’d spent a lot of the car journeys grumpy and crying. Or he would kick the blanket off and get cold. Or I’d worry that he might have pulled the blanket over his face. I just didn’t know how else to keep him warm yet still be safe. 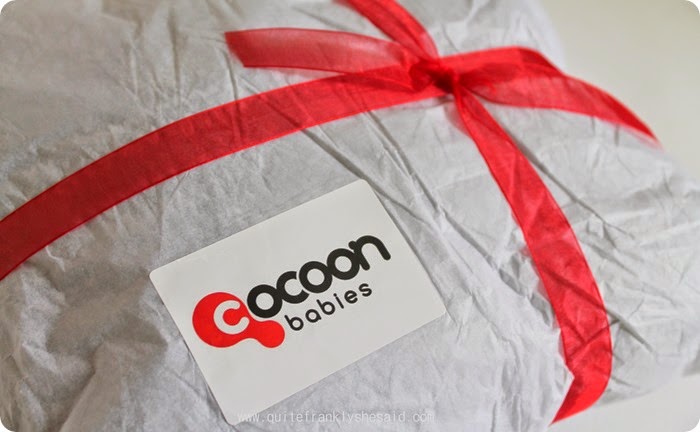 Fortunately, a savvy mum had already come up with the perfect solution: the Cocoon Car Seat Blanket (£29.99). Like me, she had learnt about the dangers of putting babies in thick coats or pram suits while in their car seats and together with her own mum came up with this fantastic blanket.

The Cocoon is a beautiful knitted blanket with soft snuggly fleece on the inside and four simple poppers to close it. The back of the blanket has three holes, perfectly positioned to fit each of the straps and the buckle of your baby’s car seat. You then place your baby into the car seat, do up the straps and the blanket then closes over the straps. There is no need for a pram suit, coat or jacket so the straps are snug against your baby’s body keeping them safe and secure. The Cocoon fits babies from birth until around 9 months old, so it also offers great value for money. It’s such a clever yet simple idea! 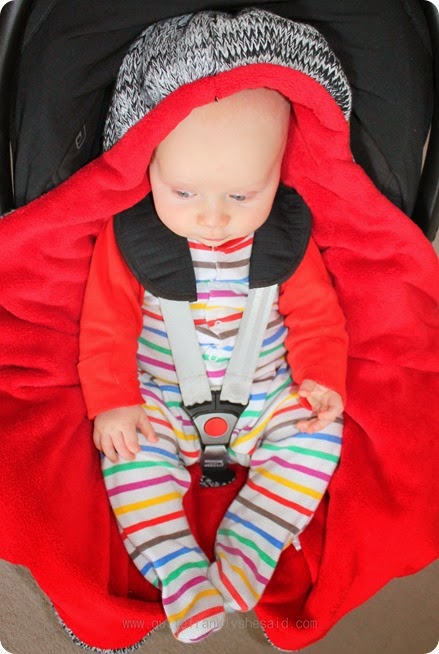 As well as keeping Baby J warm and safe, the Cocoon solves the problem of what to do if he falls asleep before we go out. I can simply place him in his seat, with his Cocoon already there. As there are no sleeves to worry about he doesn’t even stir. I can do up his straps and use the Cocoon without disturbing him. He carries on snoozing, blissfully unaware. And if he is still asleep when we reach wherever we’re going, the poppers make it easy to open the Cocoon without waking him up, so he doesn’t get too warm! It has made going out and about so much easier.

Everywhere we go, people comment on our Cocoon, saying how cosy Baby J looks and asking where it’s from. When I explain how it works, the feedback is always the same: “what a brilliant idea!” And I have to agree with them, it IS a brilliant idea. The Cocoon is one of the best baby accessories we’ve ever tried and I truly think every new parent needs one!
www.quitefranklyshesaid.com
4th March 2015
Share Share on Facebook Tweet Tweet on Twitter Pin it Pin on Pinterest
Cocoon Babies Blog